Register for a place 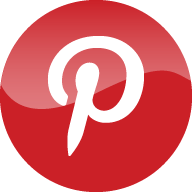 Rainbows & Brownies from across Glasgow took part in a Rio de Janeiro inspired day of fun with both Brazilian and Olympic activities on offer. The team, led by Brownie leader Aimee Scott, put together a series of zones for the girls to explore.

The adventure zone with a bouncy castle, an inflatable challenge course and a ball pool was a firm favorite with the girls from South West division. They also spoke of an encounter with a tarantula and have announced they now want a unit Guinea Pig having met one in the Carnival zone. The girls from the 222nd Rainbows were very enthusiastic when asked what they liked about the day – meeting a starfish was their highlight. Ava and Emma from 245th Brownies weren’t quite so pleased with their animal encounter (frogs are slimy apparently) but they loved the Samba dancing and making a Samba Headdress. During the day all the girls, aged 5-10yrs, also took part in ball games and gymnastics as part of their action packed day, held at Craigholme Sports Complex. The final activity saw all 400 girls join together to do a mass macarena and show their leaders the Samba dance they had learnt earlier in the day.

County Commissioner, Jill Elborn, said ‘It was a great day & fantastic to see all the girls enjoying themselves, making new friends and trying new activities. The organising team have outdone themselves & started our series of summer events off in style’.

Karen Fraser, South West Division Commissioner, agreed “It’s been an amazing day. The event looks fabulous, arriving here today you could tell it was going to be a good day (though the weather helped) and that a lot of thought and effort has gone into it. If this is what one day can be like, I’m looking forward to Rockin’ Rio camp at the end of May!’

Photos from the day can be found on our Flickr album.

← Previous Next →
Back to the top